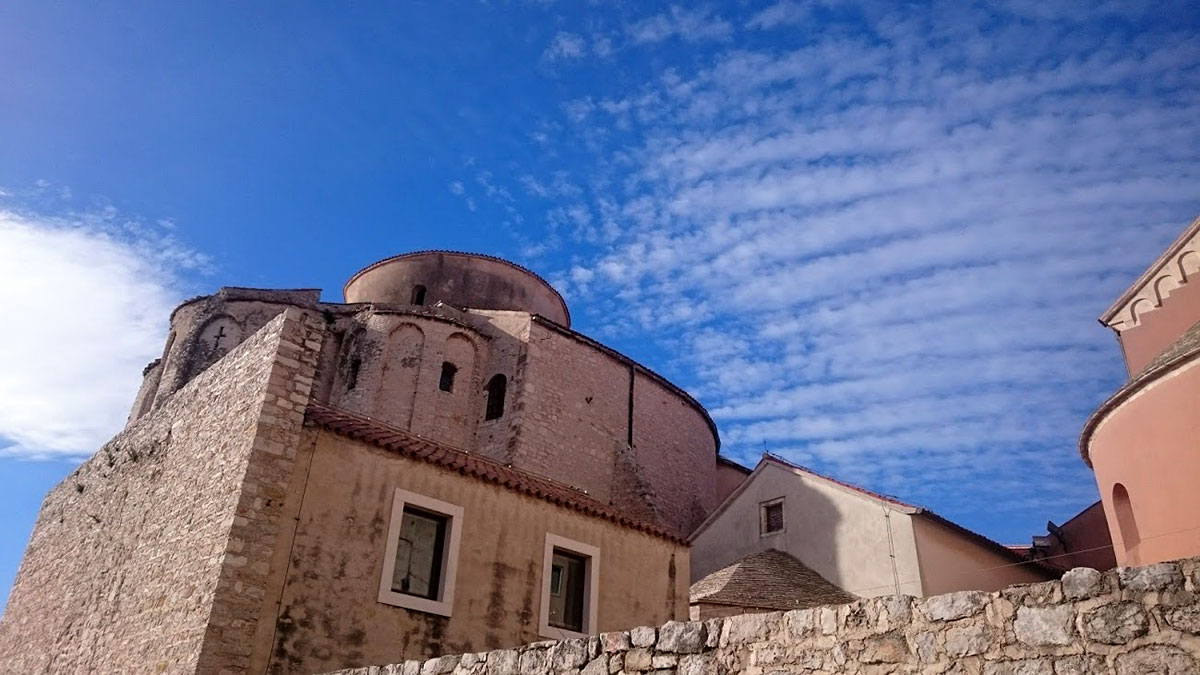 Zadar Croatia - About The City Of Zadar

Zadar is the fifth largest Croatian city situated in the central part of Adriatic Sea. It's the centre of Zadar County with a population of approximately 75,000 according to the 2011 census. The area of present day Zadar was settled in prehistoric times but its urban development begun in 1st century BC during Roman rule. Zadar’s later history was mainly determined by its geographic location, i.e. its favourable position on commercial and maritime route towards Eastern Mediterranean. Byzantine Empire, Venetian Republic, Ottoman Empire, French Empire, Austro-Hungary, Italy are some of the powers that influenced Zadar’s urban and economic development. Today, Zadar is an economic, educational and cultural centre of Northern Dalmatia as well as touristic destination due to richness of historical monuments and attractive natural landscapes of nearby coastline, islands and hinterland.

DISTANCE FROM THE NATIONAL CAPITAL AND OTHER POINTS OF INTEREST:

Zadar has a favorable climate with average of 120 sunny days throughout the year. It is situated on the crossroad of numerous traffic routes and its rich history and cultural heritage make it an unfailing source of excitement. Beautiful indented coast with rich flora and fauna intensify the beauty of Zadar region. Since antiquity unique experience of this ancient city has attracted travelers from around the world who admired it and came to visit it over and over again.

Due to the vicinity of four National parks and beautiful clean sea, Zadar can be considered as one of the Adriatic pearls, which you need to discover.

City of Zadar has Mediterranean climate with moderate and rainy winters and hot and dry summers. In Zadar region you can cycle literally during all seasons.

Zadar region can be described as a region rich with both natural and cultural heritage, abundant with outstanding biodiversity and diverse socio-economic features.

Zadar is situated in the central part of the Adriatic coast. Precisely its favorable geographical position was the major reason why in Antiquity important settlement developed here and why throughout centuries of its existence Zadar has almost always had important administrative function, no matter what country it was part of.

Broader Zadar region is one of the most continuously inhabited parts of our coast since based on archaeological finds we can date the beginnings of settlement back to the late Stone Age. Already in the early Stone Age permanent settlement were established on the edges of today’s city, in Arbanasi and Puntamika.

In the 8th century BC, Liburni tribe founded its settlement, Idassa, in this area, which became the most important maritime centre of the tribe. The Liburni remained a dominant tribe in this area until the 1st century BC when Romans started to settle here. In 48 BC they founded a colony of Roman citizens (Colonia Augusta Jader). The colony was probably founded by Julius Caesar himself after the end of the Civil war with Pompeius. Under Roman administration Zadar became an important centre on the Adriatic coast, again thanks to its position on the crossroad of sailing routes between the North and South Adriatic, and land routes which connected the coast with hinterland.

In that period the city on today’s peninsula is constructed according to the principles of Roman urban construction. A system of five longitudinal (decumanus) and eight transversal (cardo) streets which intersect at an angle of 90º is built. On the intersection of two main streets the monumental city square (forum) could be found, richly ornamented and surrounded by a piazza. In spite of later numerous destructions of the city, the Roman system of streets remained almost intact until this day so today’s Kalelarga is actually the main longitudinal Roman street (decumanus maximus).

Considering the strategic importance the city was at that time surrounded with strong walls with several towers and big city gates. Apart from the city, the Romans also settled in the immediate vicinity of the city where they practiced agriculture (Zadar’s ager). The remains of the markings of regular parcels can still be seen in the immediate hinterland of the city.

From the 3rd century the importance of the city starts to decline at the same time with the decline of the power of the Roman Empire. In the 6th century Zadar falls under the rule of Byzantium, and in that period in the hinterland Slavic, i.e. Croatian population begins to settle. At the beginning of the 6th century the city of Salona, the biggest city on the Eastern Adriatic coast, falls so Zadar is affirmed as the centre of Byzantium Dalmatia.

In the 8th and 9th centuries the Croatian state begins to form in the hinterland and the slow process of croatisation of the city begins, while in the second half of the 11th century during the times of Petar Krešimir IV, Zadar becomes part of the Croatian state. In the late Middle Ages Zadar experienced its golden era. However, these are the times characterised by constant conflicts with Venice. In the year 1102 the city becomes part of the Hungarian-Croatian Empire, and in the 12th century the Zadar diocese is elevated to the rank of archdiocese. The conflict with Venice culminated in 1202 when the Crusaders, on behalf of the Venetians destroyed the city. In the middle of the 14th century there was a great victory over Venice so in 1358 the Zadar peace agreement was signed, and in it Venice relinquishes its rights to Zadar and other cities on the Dalmatian coast, which enabled Zadar’s unhindered economic and social development which was evident in the construction of representative buildings of religious and secular purpose. At the end of the 14th century (1396) the first University was founded on the Croatian soil.

At the beginning of the 15th century Zadar, with the entire Dalmatia, fell under the Venice rule. Since then the stagnation in the development of the city begins, and the city found itself under the Turkish threat in the 16th and the 17th centuries. In this period the Venetians surrounded the city with strong city walls which still dominate the Zadar Peninsula. In spite of penetration of the Italian culture, Zadar was able to preserve its Croatian spirit even during centuries of Venetian rule.

At the end of the 18th century Venetian power declines so in 1787 Zadar falls under Austrian rule, while at the beginning of the 19th century it will fall under short French occupation. During the Second Austrian administration in 1813 a more stable period in the development of the city begins, and it will last until 1918. In that time Zadar will be the administrative centre of Dalmatia with a rich economic and cultural life. The city will begin to expand outside the Peninsula, but it will still have only 18,000 inhabitants at the beginning of the WWI.

After the WWI, Zadar was occupied by Italy to which the city formally pertained to according to the Rapal peace agreement in 1920. During Italian rule Zadar was cut off from its hinterland and for that reason it declined economically. Italians move into the city and the Croatian inhabitants leave it. The number of inhabitants decreases, so in 1922 the city’s population was only 9,400. With intensified immigration of Italian inhabitants the population rises to 22,844 in 1938. During WWII, Zadar suffered the worst destruction of all Croatian cities. In about 80 bombardments of the Anglo-American military aviation more than 5,000 people were killed and 80% of the buildings on the Peninsula were destroyed. The city was annexed to Croatia in 1944.

After the end of the war Zadar begins its slow recovery from destruction, and a stronger development of the city begins in the ’60s of the last century with the construction of the Adriatic Motorway (1961), the Railroad Zadar-Knin (1967) and the airport in Zemunik (1969). During the ‘70s the industry also develops so the city spreads quickly to its surrounding (Industrial zone Gaženica), and new cultural institutions also open (Archaeological Museum, Permanent Exhibition of Religious Art Gold and Silver of Zadar). Just before the Homeland War the city had a population of 76,343.